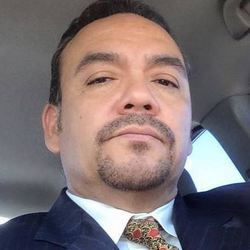 Las Vegas police officers shot a man overnight that they believe is responsible for a string of robberies.

No officers were hurt in the incident but the suspected thief is dead.

The shooting happened on the beltway after a chase began at approximately 11:15 p.m. near Wyoming Avenue and Commerce Street when police officers spotted the vehicle they believe is connected to the multiple robberies.

The chase continued for several miles and didn't end until spike strips were laid down on the 215 beltway. After the vehicle stopped, there was a confrontation and the man was shot and killed.

Police believe that the man who was killed is the same one that they were looking for in connection to a carjacking in Henderson, a robbery at a local Dairy Queen and many more.

Officers said they feared for their lives after Wilson pulled out what they believed was a handgun.

A total of 36 shots were fired by police and were recorded on four different body cams.

Upon later inspection, Wilson was carrying a hose nozzle covered in black tape made to look like a gun, according to investigators.

Detectives believe this is the same makeshift "weapon" Wilson allegedly used in at least 16 robberies from October 3 to October 12.

According to a family statement, “he [Rex] became very sullen and despondent, quit attending AA meetings, and his family became very concerned when he turned up missing.”

He went missing from his family on October 8th.

Police named four officers: John Saveo, Christopher Gowens, Travis Schwartz and Erik Lindberg as involved in the shooting. Rex was shot and killed on the 215 Beltway near North Hualapai Way. Witnesses state he was surrounded by 39 police cars.

Officers claim Rex was holding a gun, a spray nozzle was found in his car. Overheard on the body cam footage one officer states, “Get that fucker out right now!” Moments later the officer exits his car with gun drawn and fires killing Rex.

October 2016 The Wilson and Herman family members plan to ask the Oglala Sioux Tribal Council to make a government to-government request to the U.S. Justice Department to conduct an independent federal investigation into the shooting and killing of Rex Wilson by the Las Vegas Metro Police to determine of the police officers who did the killing were properly trained to deal with veterans suffering from soldier’s post-traumatic stress disorder, and whether the civil rights of Rex Wilson were violated at the time of his arrest.