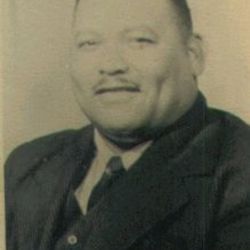 Rev. George Lee was born in Mississippi and became a pastor at a church in the town of Belzoni in the ‘30s. He was active in civil rights and involved in the NAACP, often using his pulpit to encourage his black congregation to become registered voters. Lee also used a printing press he owned to further the cause. Lee was offered protection by white officials on the condition that he removed his name from voting lists and stopped encouraging other African Americans to become registered voters. He refused. Lee died on May 7, 1955 under suspicious circumstances.

Witnesses reported seeing several white men fire a shotgun into Lee’s car, and the tires on Lee’s car were found lacerated with shotgun pellets. More pellets were found in his face during the autopsy. However, the sheriff insisted that they were mere dental fillings, although fillings were not made with lead. Sheriff Shelton declared his death accidental, and the governor refused to allow further investigation. Nobody was ever charged with Lee’s murder, and the official cause of death was listed as an accident.