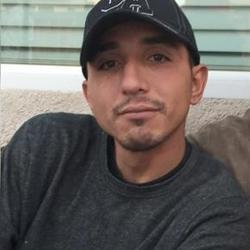 What should have been a routine traffic stop Monday instead ended with one man dead in a bizarre turn of events, police said.

At around 2:40 p.m., a motorcycle police officer pulled over a Chevrolet Suburban near the intersection of La Palma Avenue and Helena Street, across the street from where the Orange County North-South All Star Baseball Game would take place hours later, said Lt. Eric Trapp of the Anaheim Police Department.

During the traffic stop, a black Ford F-150 pickup, seemingly at random, pulled over near the officer’s motorcycle and a man in his 30s, armed with an eight-inch kitchen knife, came at the officer, Trapp said.

The officer began to retreat as a second officer in a patrol car arrived to help. The man then turned his attention to her.

Both officers shot the man multiple times, police said. Paramedics took the man to UCI Medical Center, where he was pronounced dead.