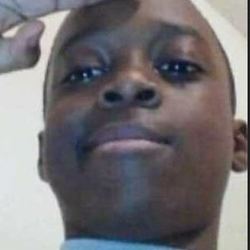 Police said a 17-year-old suspect was killed and a 14-year-old was wounded in an officer-involved shooting that happened in the College Hill neighborhood on Thanksgiving Day.

Police said two officers were patrolling in a car near the intersection of Blair and College, when a car with four people inside spun out and hit a curb in front of them. The four people inside the car got out, and officers got out of their squad cars.

Police said one person from inside the car pointed a Glock handgun at the officers. Authorities said both officers feared for their lives and fired shots, striking the suspect with a gun and someone else who had been inside the car.

Police said a 14-year-old was among the two suspects who were shot but did not say if the teen was the person who pointed the gun.

Both were taken to a local hospital, but Rehyen Bost-McMurray, 17, of the 1400 block of O'Bear, died. The 14-year-old, who was not identified by police, is in stable condition, police said.

The two other suspects in the car fled, police said.

Authorities said they later learned suspects' car was a Hyundai that was taken in a carjacking on Wednesday.