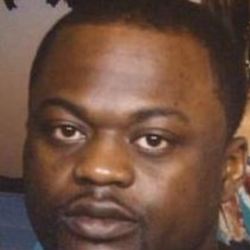 Officers caught Williams after he was tangled up on a barbed-wire fence between East 76th and East 78th streets, police said. During the arrest, Williams told police he was "exhausted and couldn't stand up," police said. He was taken by ambulance to Marymount Hospital, where he died at approximately 8 a.m.

His death is being questioned by Kimberly Hawthorne, who lives on East 78th Street and said she saw officers Taser Williams multiple times after he fled from police.

"They had him. He wasn't running," Hawthorne said. "They didn't have to do him like that."

A police report on the incident does not mention any struggle between Williams and the responding officers. Cleveland Police Department spokesman Sgt. Sammy Morris said officers did not file a use-of-force report.

"There was no reported Use of Force by officers at the time of arrest," Morris said in email.

Morris said each Taser logs when and the number of times it is deployed, and logs it onto a microchip where it can be downloaded. Morris said that data from the officers' Tasers will not be reviewed unless an autopsy shows evidence a Taser was used on Williams.