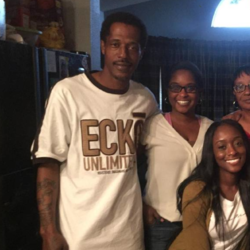 48-year-old Reginald Johnson of Biloxi was killed on January 15, 2021 in an incident that happened at the Harrison County Courthouse on Lameuse Street.

According to MBI, a Harrison County Sheriff’s deputy received information of a disturbance taking place outside the courthouse. Authorities said the deputy made contact with Johnson, who displayed a knife and began to advance on the deputy. The deputy discharged his service weapon striking Johnson, who was pronounced dead at the scene.

The deputy was treated at Merit Health in Biloxi, stitched up from the wounds and released late Friday night to go home.