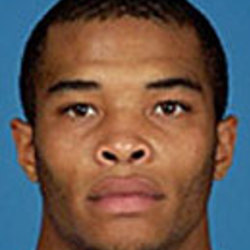 Reginald Doucet Jr., a 25-year-old black man, was shot and killed by police Friday, Jan. 14, in the 5200 block of Crescent Park West in Playa Vista, according to Los Angeles County coroner's records.

The shooting occurred about 3:30 a.m. when two patrol officers responded to a disturbance call and found a naked man, later identified as Doucet, "yelling and behaving erratically," according to a Los Angeles Police Department statement.

Police said the officers attempted to calm the agitated man and talked him into putting on his boxer shorts, but he ran when they tried to apprehend him. They approached Doucet again, but he ran once more.

At that point, one of the officers, identified only as a male with 17 months in the department, shot Doucet twice, police said. He died at a hospital.

Raised in Prunedale, Calif., he was a track and football star at North Monterey County High School, where he also played basketball, according to his biography from Middle Tennessee State.