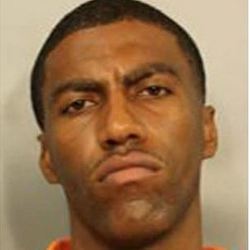 The Houston man fatally wounded in a shootout with SWAT officers during an attempted heist of an armored car on Wednesday was the ringleader and an assassin linked to at least two other fatal shootings of couriers, according to federal court documents.

Redrick Jevon Batiste, 37, who died at Ben Taub Hospital after being shot in the leg and chest in a brief gunbattle with Houston police, recruited and organized a crew of robbers who targeted armored cars as they arrived to replenish ATMs across town.

Details of the robbery ring and two other cases earlier this year linked to their operation are outlined in a sworn statement by FBI Special Agent William A. Applegate filed with the court.

“As the courier exits the armored car with a sealed box containing the currency for the ATM, the courier is assassinated by Batiste or a member of Batiste’s robbery crew, who fires a rifle from a concealed position some distance away, believed to be located inside a vehicle,” according to Applegate’s statement.

Batiste was stationed and ready to fire on Wednesday, when his crew tried to rob an armored vehicle that instead was filled with Houston police officers.