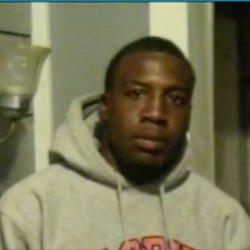 30-year-old Rayshard Scales was killed on May 14, 2020 in an officer-involved shooting in southeast Houston, according to the Houston Police Department.

Houston Police Chief Art Acevedo said police responded to the intersection of Scott Street and Noah Street at about 6:24 p.m. after receiving reports of a suspicious person brandishing a firearm.

An officer arrived at the scene within four minutes and talked to Scales, who had what was believed to a semi-automatic tucked in his waistband, Acevedo said. The suspect was sitting on a bench flanked by two other people, Acevedo said.

The officer took cover behind his police car and armed with a taser, told the other people to move away and they complied, Acevedo said.

“The suspect, unidentified at this time, immediately refused to comply to multiple commands from our officer,” Acevedo said. The officer then switched to his service pistol.

“This individual, rather than complying with this officer’s lawful commands, continued to advance on the officer, forcing the officer on multiple occasions to back up away from the suspect around the police car,” Acevedo said.

The officer tried for four minutes to get the suspect to comply with his commands to no avail while continuing to call for backup, Acevedo said. During that time, Acevedo said the suspect called the officer the N-word multiple times and challenged him.

Just as backup units were arriving, the suspect made a motion to grab his gun from his waistband and that’s when the officer fired his weapon several times at the suspect and struck him, Acevedo said.

Medics with the Houston Fire Department immediately began treating the suspect for his injury and then transported him to Ben Taub hospital where he was pronounced dead.

Acevedo said the suspect’s sister told police that he was drunk and left her house saying he was going to go home.

A witness claimed to local media that the suspect had his hands up when he was shot by the officer. When asked about this, Acevedo vehemently denied this claim.