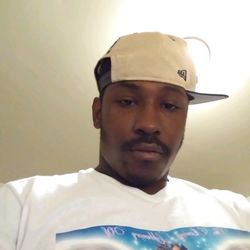 Rayshard Brooks, a 27-year-old Black man, was identified as the person shot and killed by Atlanta police after an encounter with two officers that took place around 10:30 p.m. June 12.

He was supposedly sleeping at a Wendy’s drive-thru when someone called the police to complain, according to the Georgia Bureau of Investigations (GBI). When police arrived, they conducted a field sobriety test.  They say that he failed ht test and they attempted to place him under arrest, leading to a struggle which ended with Brooks dead.

According to a 35-second video tweeted by Eric Wassserman, there is footage of Brooks’ encounter with police, and it starts out showing Brooks and the officers struggling on the ground.

In the video, Brooks appears to be stiffening his left arm and refusing to allow the officer in front of him to push the arm behind his back; an officer behind him appears to be holding Brooks’ torso. The scuffle on the ground ends when Brooks stands with something yellow in his right hand that appears to be a taser and one of the officers points a similar-taser-like item at Brooks.

Brooks begins running, away from the officers, past the camera and out of the frame, while the other two officers chase him. Shots are heard, but there is no video showing what took place.  Brooks was taken to a hospital where he died during surgery.

The Georgia Bureau of Investigation (GBI) later released a video, acknowledge that Brooks was shot while fleeing the officers with taser in hand.

June 2020 Murdering Cop has 12 prior complaints concerning his behavior.

On thursday June 18, 2020, a number of Atlanta police officers called out sick to protest the filing of murder charges against the officer who shot Brooks, while the interim chief acknowledged members of the force feel abandoned amid protests demanding massive changes to policing.

On June 18, Garrett Rolfe, who was fired after the shooting and faces criminal charges including felony murder, turns himself in.

June 2020 The video of the first shooting by Garrett Rolfe released.

On June 30, 2020, Fulton County Superior Court Judge Jane Barwick issued a $500,000 bond for Garrett Rolfe. Barwick said Rolfe’s ties to the community had been demonstrated to the court’s satisfaction in regards to being not a flight risk.

On Septembe4 28, 2020, The Georgia Bureau of Investigations announced that it had completed its inquiry into the case.

In May 2021, Garrett Rolfe, the Atlanta police officer who was fired after the shooting, was reinstated by the city’s Civil Service Board, which found that Officer Rolfe’s firing violated his due process rights.