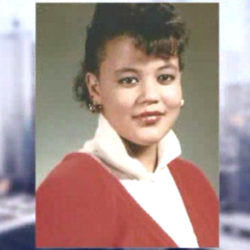 On July 27, 2015, Raynette Turner a mother of eight was found dead in a Mount Vernon, New York, holding cell. The 42-year-old black woman was arrested for allegedly stealing crab legs at wholesale food store Restaurant Depot and had been in the cell for two days waiting for her arraignment. New York Attorney General Eric Schneiderman sent a team of investigators to Mount Vernon to look into her death, per Governor Andrew Cuomo’s recent executive order, which compels him to investigate “certain matters involving the death of an unarmed civilian, whether in custody or not, caused by a law-enforcement officer.”

Turner was taken into custody at around 3:00 pm on Saturday. After saying that she didn’t feel well on Sunday, she was transported to Montefiore Mount Vernon Hospital between 7:30 pm and 8:00 pm. No paperwork was forthcoming for either the hospital visit or for Raynette to face court the next day. She was treated for high blood pressure and the ambulance returned her to the cell just after 10:00 pm. She was last seen awake between noon and 1:00 pm on Monday, and found dead at 2:00 pm when officers arrived to take her for her arraignment.

March 2016 a video of final hours Raynette Turner is released.

New York Attorney General Eric Schneiderman announced Monday that his office will launch a formal investigation into the death of Raynette Turner, the mother of eight who died in a Mount Vernon, New York, jail cell while in police custody last week.