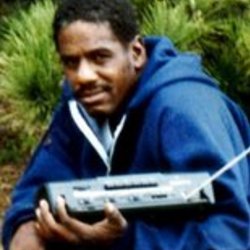 48 year-old Raymond Robair died from a beating at the hands of New Orleans police officers that fractured his ribs, lacerated his liver, and punctured his spleen; taken to hospital by police who did not inform staff that they had just beat him into an unconscious state. Arbitrary Killing, Torture, Extra Judicial Punishment.

Raymond Robair's family waited six long years to see justice in his fatal beating at the hands of a veteran New Orleans police officer who covered up his crime with the help of his rookie partner. U.S. District Judge Eldon Fallon last week sentenced Melvin Williams to nearly 22 years in prison for the Treme handyman's death.

U.S. District Judge Eldon E. Fallon sentenced former NOPD Officer Melvin Williams to 262 months in prison for violating the civil rights of Robair by beating him to death, and for obstructing justice in the wake of that beating. Former NOPD Officer Matthew Dean Moore, who was working as Williams’ partner on the day of the beating, was sentenced to 70 months in prison for obstructing justice and for making false statements to the FBI during a federal investigation into Robair’s death. Williams was also ordered to pay $11,576 in restitution and Moore was sentenced to three years of supervised release.

“The New Orleans Police Department has been broken for some time, and this case shows just that,” said Thomas E. Perez, Assistant Attorney General for the Civil Rights Division. “I hope that today’s sentences bring justice for the family of Raymond Robair and the entire community.”

On May 2, 2016, a federal judge refused to dismiss the Robair family's claims against the city of New Orleans over the handyman's fatal beating by police.  The ruling allows Robair's relatives to proceed with their claims that the city and former police superintendent Eddie Compass are liable for Robair's 2005 death.