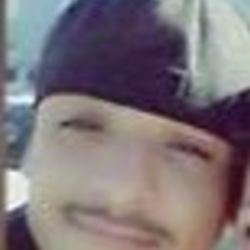 Gonzalez, who was wanted for a previous shooting, ran away when a plainclothes officer who thought he was 'acting suspiciously' approached him outside a liquor store, according to police. Gonzalez was fatally shot by another officer when he pulled a gun from his waistband while running.

“There’s evidence showing that the revolver either fell or was thrown,” Dyer said. He added that the gun – as well as a crack pipe – were found near where the man fell after being shot.

Dyer said investigators still have to study the officer’s body camera to determine the full sequence of events.

"He didn't stop when the officer asked him to, the officer did a little foot chase through the neighborhood right here, he ended up in the corner over there, I believe he did have a weapon, but he tried to get rid of it before the officer took it as a threat", says Thomas.

Witness Mya Thomas was watching from across the street. She says Gonzalez pulled out a gun and tried to toss it on top of a building but it hit the ground.

She says the gun was never pointed at the officer but Fresno Police Chief Jerry Dyer says there was a threat.

"I do know the suspect had reached for that gun at some point," Dyer explained. "And it was at that time that the officer feared for his safety and fired two rounds."