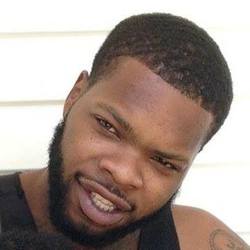 The family of 29-year-old Raupheal Thomas confirms he was shot and killed Monday evening.

Police say the incident took place after 5 p.m. after officers received a call for two suspicious men who could be "casing" on Orrin Street near Roslyn Avenue.

Two officers arrived and confronted the men. Police say one of the men became confrontational, so the officer attempted to take him into custody.

During the struggle, police say shots were fired.