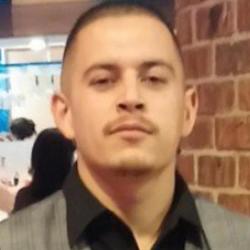 A minivan driver was shot dead by police after driving into the Biggest Little City Wing Fest, a street festival in downtown Reno, Nevada, on Saturday, police say.

Raul Saavedra-Vargas was identified as the man killed by Reno Police in a Tuesday press release from the Washoe County Sheriff’s Office, which is investigating the incident.

Saavedra-Vargas drove down a pedestrian-filled street that had been closed for the chicken wing fest, an annual event sponsored by the Silver Legacy Resort Casino that began Saturday and ended Monday.

More than 80,000 people were expected to attend the Wing Fest, which included concerts, contests and wing booths, according to the event’s website.

No one else was seriously injured in the incident. The van crashed into a vendor’s booth after Saavedra-Vargas was shot, police said.

The officer involved in the shooting has not been identified. It is not clear if the officer has been put on leave during the investigation.

The Reno Police Department will not be leading the investigation.