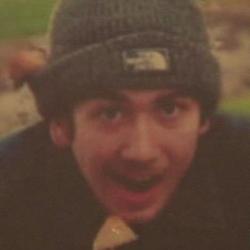 Ontario police shot and killed 17-year-old Raul Herrera Thursday after he robbed a restaurant, then skateboarded down Archibald Avenue threatening passers-by with a handgun before being confronted by officers, authorities said. The shooting took place shortly after 3:45 p.m. after police responded to numerous 911 calls reporting a gun-toting teen was riding a skateboard along Archibald Avenue near Brookside Street, Ontario police Sgt. Jeff Higbee said.

The suspect’s bizarre and erratic behavior prior to the incident, as well as a suicide note discovered at his home, led investigators to look into the possibility the officer-involved shooting was a “suicide by cop.”