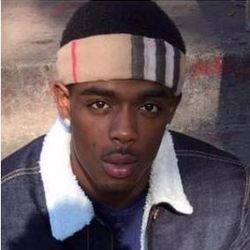 An off-duty sheriff's deputy fatally shot an armed suspect during a robbery attempt in the Englewood neighborhood Wednesday afternoon, according to statements from law enforcement agencies.

Police say two suspects walked into Marquita's Hair Salon at 132 West 69th street with the intention of trying to rob the business and the people inside.

But inside at the time was a female off-duty Cook County sheriff's deputy who pulled out a gun and fired striking one of the offenders. He died outside on the sidewalk about 50 feet away from the front door of the salon.

The other suspect was able to get away.

A woman who told WGN News she is the mother of the person shot by the deputy says her 17-year-old son was mistakenly shot.

Marie Bush says her son Rashad Well was coming home from school after getting off the Red Line.  She believes he was mistakenly shot as he was walking down the sidewalk.

Neither Police nor Cook County Sheriff’s department made a commanding officer available to the media which is typical after officer involved shootings.