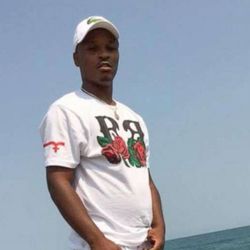 One week ago Saturday, around 3:15 a.m., Rashad Cunningham, 25, was shot and killed at East 23rd Avenue and Kentucky Street in Gary.

Police have said Cunningham was holding a gun when the shooting happened. His family has said he had a license to carry the gun.

As CBS 2’s Jeremy Ross reported, the investigation into what happened remained in progress Saturday night. But meanwhile, Cunningham’s friends and loved ones were speaking out about their frustration at the Gary Police Department headquarters.

“No justice, no peace!” and, “Justice for Rashad!” the protesters raised their voices to chant seven days after an officer raised a gun and killed Cunningham, a father of five.

“He had his whole life ahead of him!” said Cunningham’s girlfriend, Heather Fox. “He just was getting started!”

“No one showed me any compassion!” Simmons continued. “I want my son to get justice!”

Ross spoke with Simmons after the news conference. She remained angry and emotional.

“There’s so much anger,” she said. “We are broken! We are torn apart!”

Simmons disputed what little information her family has received about her son’s death on Saturday, Aug. 17. There are candles and a memorial now set up where the shooting took place.

The early morning that Cunningham was shot and killed, Gary police approached a parked car with him and two others inside.

On Saturday, Cunningham’s family displayed a picture of his Indiana handgun license. Family members have said Cunningham was within his Second Amendment rights to be carrying the gun.

Gary police said the Lake County Sheriff’s Department will be conducting the ongoing investigation. But the family wants more law enforcement eyes watching over it.