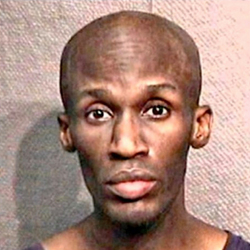 Randy Roszell Lewis, 38, allegedly stabbed an 80-year-old woman in the chest at a southwest Houston Walgreens shortly before he was shot and killed by a responding officer.

The woman he shot, Rosalie Cook, was pronounced dead at an area hospital.

Family members said Rosalie was the “perfect” grandmother who always kept ice cream in the freezer and cookies in the cupboard for when her six grandchildren and three great grandchildren came around.

They said she loved to read and had an amazing memory for her age, never missing a relative’s birthday or anniversary.

The victim's son, Chuck Cook, said Rosalie was most likely shopping for a card Saturday at the Walgreens before her life was ended too soon.

“Nobody should have to go through this, an 80-year-old woman, disabled, had to walk with a cane,” Chuck Cook said.

It was about 10:15 a.m. when police said Lewis was asking people for money at knifepoint at a grocery store near the intersection of South Braeswood Boulevard and South Gessner Road.

Lewis then was spotted at a nearby Walgreens and ambushed Rosalie in the parking lot when she left the store, police said.

Witnesses said he stabbed her before rifling through her car. One witness tried to save Rosalie by applying pressure to the stab wound on her chest.

An officer was flagged down at the Walgreens and confronted Lewis, who police said had a 6-inch blade. When the suspect did not comply with the officer's commands, the officer shot him twice.

Houston Police Chief Art Acevedo said he reviewed body camera footage of the incident and security footage from the Walgreens.

Acevedo said the officer who shot Lewis is a nine-year veteran who has never been involved in a shooting before. The chief said the officer was just stopping at the Walgreens and happened to be there when he was flagged down about the stabbing.