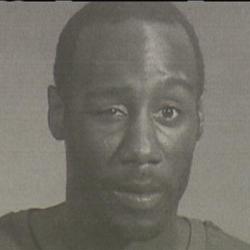 Police officers in Lynn shot and killed 33 year old Randolph McClain after he pointed a gun at them and tried to carjack a woman, according to Essex Count District Attorney Jonathan Blodgett.

The Friday morning mayhem started when four officers tried to serve five outstanding arrest warrants. McClain, 33, of Lynn, was the subject of an investigation by the department’s Domestic Violence Unit. Police believe he had threatened his ex-girlfriend and her family repeatedly with a gun in recent weeks, according to Blodgett.

As officers tried to execute the warrant, McClain jumped from a second-story window and pointed a gun at the officers, according to Blodgett.

The officers chased McClain through backyards before he ran to a car and forced a woman out of the driver’s seat. McClain again pointed his gun at officers as they closed in on him, Blodgett said.

Three of the four officers fired at him, then “rendered aid immediately,” according to Blodgett.

McClain was transported to an area hospital where he was pronounced dead.

On October 12, 2017, a Massachusetts prosecutor concluded that three Lynn police officers were justified when they fatally shot a man who pointed a gun at them last year.