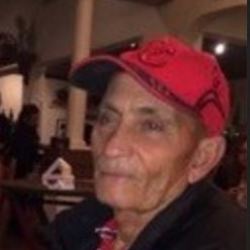 A 71-year-old man was killed after a Miami police officer driving his car, with lights and sirens on, crashed into two vehicles early Saturday morning, police said.

The officer who was driving the car was taken to Mercy Hospital in Coconut Grove for non-life-threatening injuries and was released, the statement said.

In a tweet, Miami police said they would provide chaplains to the families of those involved and promised “full support.”