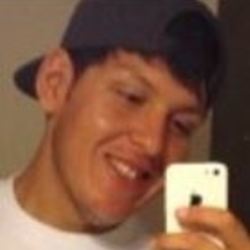 Villegas exited the highway at a high rate of speed onto the eastbound Mt. Vernon Ave. off ramp and collided with a signal light pole on the east side of Mt. Vernon Ave. The pursuing officers and two additional officers arrived at the scene within seconds of the collision and exited their vehicles.

According to witness statements and preliminary investigation, Villegas immediately exited the vehicle and began aggressively approaching the officers yelling obscenities.

The officers gave commands to Villegas to stop approaching and to raise his hands up. Witnesses stated that Villegas refused to comply with the officers’ commands and continued to approach the officers in a confrontational manner and at one point suddenly reached towards his front waistband.

Three of the officers immediately fired multiple rounds striking Villegas while one officer deployed his Taser.

The three officers who fired shots at Villegas have been identified as Officer Frank McIntyre, Officer Edgar Aguilera and Officer Valeria Robles. Senior Officer Rick Wimbish was the officer who used the taser.

Villegas as taken to an area hospital where he was later pronounced dead.