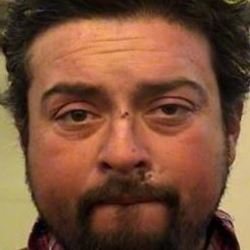 ALBUQUERQUE (KRQE) – Albuquerque Police has released new information about Thursday night’s deadly police shooting near Interstate 40, including the name of the suspect.

APD identified the man shot Thursday night as 37-year-old Ralph Chavez. Police say Chavez beat a woman and stabbed another man in the neck before two officers shot him to death on 2nd Street NW near Arvada Street and I-40.

Police say officers initially responded to a stabbing call around 9:30 Thursday night. Witnesses told police this started when the suspect threw a woman to the ground.

At a news conference Friday afternoon, APD Deputy Chief William Roseman announced that there is lapel camera video of the incident but that video hasn’t been released yet.

APD says it will keep the lapel camera video behind closed doors while it undergoes further analysis.

But once again, APD is having to explain why there’s no lapel video from the officers who opened fired.

Police say only one of the two officers, Ryan Graves and Brian Fuchs, who shot at 37-year-old Ralph Chavez had turned on his lapel camera. While Graves’ camera was on, police say it was covered up by a rain jacket.