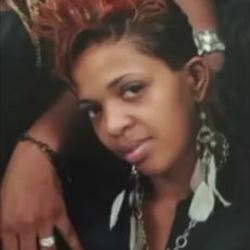 The body of 37-year-old Ralkina Jones was recovered Sunday, July 26, 2015 at the Cleveland Heights city jail. The Cuyahoga County Medical Examiner's Office reported that they responded to the jail over the weekend. Cleveland Heights police released video of the arrest on August 3, 2015.

Police released 30 minutes of video of Jones during her time in custody. The video shows Jones discussing various medical issues and medications with officers.

Cleveland Heights officials initially refused to explain gaps in new Ralkina Jones jail cell video, including the missing last six hours before she was found unresponsive. On October 8, 2015, officlals explained in a press release that two technical reports revealed that the cameras missed small movements and had insufficient memory. According to the release, the cameras were active at all times but only recorded to the DVR when motion was detected.

In January 2018, it was reported that the city of Cleveland Heights had settled a wrongful-death lawsuit with the family of Jones, though details of the settlement had not been made public. In February, the city announced that it had settled the case with an agreement to pay the family $200,000.

Ralkina Jones' family is asking for answers about her death, saying she was “perfectly fine” when they visited her at the jail the day before.