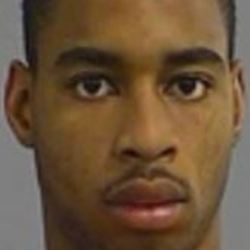 Authorities say a Rakeem Bentley killed in an exchange of gunfire with an undercover officer during a Detroit-area prostitution sting was a fugitive from police in Kentucky.

The incident unfolded the evening of Jan. as a regional law enforcement task force was working the Marriott Hotel on Northwestern Highway in Southfield.

Authorities say 24-year-old Rakeem Bentley shot the officer in the chest, but the officer was wearing body armor. The officer returned fire, and investigators say Bentley was shot in the head. He died at the scene.

July 2016 Police cleared of wrongdoing and because it was an undercover operation there is no video from dashcam etc and a general lack of evidence or human rights for  Rakeem by their actions. Without public announcement, the prosecutor's office issued its findings in a six-page, May 17 letter to state police, who investigated the death along with the FBI.