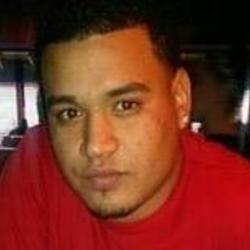 Rafael Suazo, 23, of Boston, was shot and killed by police on July 14, 2015 after he drove his Ford Escape into a police officer when undercover officers witnessed an alleged drug deal on Jefferson Street, Essex County District Attorney Jonathan Blodgett said. The officer fired a single shot at the vehicle, hitting the man in the head, Blodgett said. The Escape crashed into another vehicle, a BMW SUV, after the shot was fired. The woman in the BMW was not seriously injured. Sharona Landy, 32, and Vinchenzo Pintone, 33, both of Peabody, are alleged to have purchased heroin from Suazo and are expected to be arraigned Wednesday in Lynn District Court. The officer who was hit by the car was taken to Salem Hospital with non-life-threatening injuries, Blodgett said.

Rafael Suazo's widow filed a federal lawsuit in early February 2018 against the city of Lynn and the detective who shot the 23-year-old during a drug investigation in 2015.