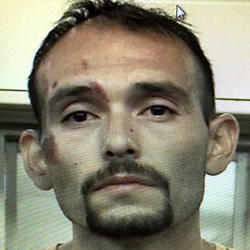 Rafael Molina, was killed late Friday night, July 31, 2015 while attempting to flee on foot. According to police, the incident started when someone called 911 around 3:30 p.m., and said a man and woman were arguing at Robinson Park near 8th and Central NW and that the male forced her into a black SUV. Officers spotted the car a short time later but were unable to stop the driver. He pulled over briefly, but sped away again, she said. The woman was able to jump out of the SUV and wasn’t seriously injured. Officers continued to follow the suspect and attempted to stop the driver near Edith and Garfield, at which time shots were fired,” she said. According to a witness, the SUV drove onto the curb and stopped, and Molina jumped out and started trying to run from officers. The witness said she heard around five shots. Molina was pronounced dead at the scene.