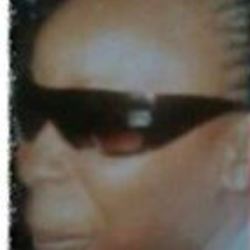 Subject was observed lying in her cell and appeared asleep during the serving of breakfast. After showing no signs of movement, decedent was found unresponsive and determined to be deceased. Life saving efforts were not attempted due to the onset of rigor mortis. Decedent was an MHMR client and was being treated for mental disabilities at the time of death. Death was pronounced by Dr. Edward Racht.

Black Lives Matter Austin say Rachel Jackson's family received word from Travis County police that she was dead and were told cameras were not allowed in Del Valle Jail. Despite this the family managed to take photos of her lifeless body which showed numerous injuries and have reason to believe that she was killed on July 21, 2008 in the Del Valle jail.

Then on Friday, January 27, 2012, a federal jury in Austin ruled today that neither the actions of Travis County officials nor of a former jail psychiatrist caused the death of a mentally ill woman found dead in her cell in 2008. But in an extraordinary move, the jury issued a statement calling on the county to improve the operations of its jails.

Following the jury’s decision in the lawsuit brought by the family of 21- year-old Rachel Jackson, who died while in “psych lockdown” in the Del Valle jail, U.S. District Judge Sam Sparks agreed that the panel could
read a statement into the record.

“While we cannot find that Travis County proximately caused the death of Rachel Jackson,” the foreman said while standing in the jury box, “we do see significant opportunity for improvement in the processes,
documentation and communication within the Travis County Correctional center.”