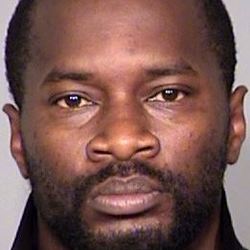 Two women who were friends of the man who reportedly shot an officer and killed two women Friday morning told Eyewitness News he was in a fearful mood in the hours leading up to the shooting.

Speaking on condition of anonymity, they said 36-year-old Quintico Goolsby of Indianapolis left their house before 5:00 Friday morning.

"Like, he was nervous, kind of pacing back-and-forth like he was scared for his life....He actually said that....He would not tell us anything."

They said Goolsby had mental issues but took no medicine. Still, they never thought he was capable of violence.

"I did not think that it could be true," said one of the women. "He's just not that type of person."

Police went to the 2600 block of North Dearborn Street between Keystone Avenue and Sherman Drive around 7:15 a.m. A single officer, 12-year-veteran Greg Milburn, approached the home when Goolsby allegedly came out from between two houses and started shooting at him. Milburn was wearing body armor, which stopped two bullets. The officer shot back, killing Goolsby.