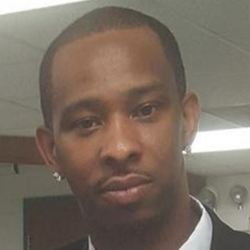 Officers responding to a call of shots fired in the Lawndale neighborhood ended up in an "armed confrontation" with someone in a gangway and shot him to death, according to police.

The shooting happened in the 2200 block of South Kostner Avenue about 10:45 p.m., according to Glen Brooks, a community policing director for the Chicago Police Department who spoke at the scene.

Officers were responding to a person-with-a-gun call that was later updated to include information about shots being fired. Officers went down a gangway and encountered a man with a gun in the backyard, according to police, and an officer fired shots.

An AK-47 and a handgun were recovered at the scene, Brooks said. It's not clear if police recovered casings, but there was a shot-up car nearby, said Anthony Guglielmi, spokesman for the Chicago Police Department.

The shooting that prompted neighbors to call police may have stemmed from a feud between families on the block, Guglielmi said.

The officer who fired shots was an on-duty, uniformed Ogden District officer who was wearing a body camera, Police Department officials said.

Guglielmi said that he hadn't reviewed the body camera footage but that the city's Independent Police Review Authority would be investigating the use of force.

The man shot by police was taken to Mount Sinai Hospital and died there, Brooks said. Police did not release his age.