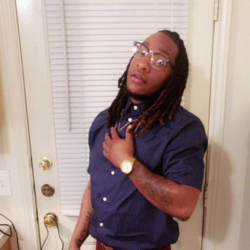 On Monday, at around 3:15 p.m., police responded to a domestic shooting near NW 122nd and County Line Road.

Police say an altercation between a husband and wife, Quentin Broadus and Caleea Broadus, had occurred and Caleea, 33, was reportedly shot and killed by Quentin.

A witness provided a description of Quentin and his vehicle, which officers found as he was leaving the area.

Police attempted to stop him, but he did not stop and led officers on a pursuit through northwest Oklahoma City for approximately 20 minutes.

The pursuit came to an end near NW 120th Court and Warwick Drive when Quentin exited the vehicle while it was still moving and pointed a gun at officers, according to Oklahoma City police.

Six officers fired at Quentin, striking him. He was taken to the hospital where he later died.

They were not injured and have been placed on paid administrative leave.