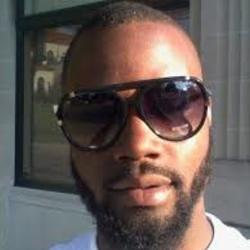 Quandavier Hicks, 22, was shot by an officer after police were called to investigate an aggravated assault complaint on Chase Avenue near Gordon Street a about 11:20 p.m. on Tuesday, June 9, 2015. A 911 caller told dispatchers that Hicks was threatening her and had a history of firearm use. When officers knocked on the door, Hicks pulled out a rifle and a brief struggle ensued, said Police Chief Jeffrey Blackwell. Blackwell said Officer Justin Moore unsuccessfully attempted to grab the rifle muzzle before his partner, Officer Doris Scott, fired a single shot that hit Hicks in the torso. He died at the scene.

It was reported on June 8, 2016 that the family of Quandavier Hicks had filed a federal lawsuit against the Cincinnati Police Department, the officers involved and the City of Cincinnati. In May 2019, a federal judge dismissed the civil rights lawsuit.

On July 10, 2015, Protestors assembled outside Cincinnati Police District 1 headquarters in West End Friday afternoon. The crowd, equipped with signs and a bullhorn, were protesting the shooting death of Northside resident QuanDavier Hicks at the hands of a Cincinnati police officer last month.