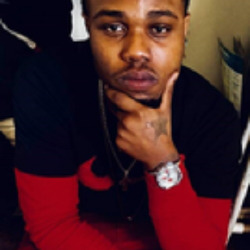 Lawton Police shot and killed Quadry Sanders on Sunday evening after LPD Chief of Police James Smith says there was a "confrontation" at a home on Lincoln Ave.

Lawton officers Hinkle and Ronan responded to Sanders’ home just after 8:30 p.m. on Dec. 5 after a call about a man, who was subjected to a protective order, entering the home of a woman named in the order. The woman’s husband was also home at the time, officers could be heard saying on body-cam footage released Friday.

The footage shows the officers parked outside the woman’s house, trying to call her husband’s cell phone. One officer can be heard saying police have been called out to the address before, and the person inside has a handgun. A dispatcher then tells the officers that the husband said the person was getting ready to leave.

Cops used a loudspeaker to try to engage with Sanders, which appeared to work. Moments later, he emerged from a back door, prompting Hinkle to move towards him while repeatedly yelling “hands!” and “down!”

Sanders can then be seen on the body-cam taking a step backwards, partially concealing himself behind a refrigerator, while raising his hands. But the officer fires four shots—just seconds after Sanders had exited the house. Sanders was holding what appeared to be a white baseball cap.

Even as Sanders lay screaming on the ground, he tried to sit up and raise his hands again. The officer fired another seven times. It matched a medical examiner’s report, which said Sanders was shot 12 times.

Sanders was unarmed and didn’t have a weapon anywhere near him, but the officers nevertheless handcuffed him as he lay dying on the pavement.

On May 6, two officers were charged in the killing of Quadry Sanders.