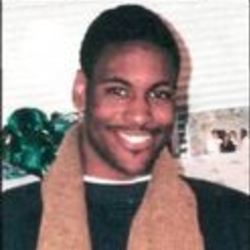 Prince C. Jones was a 25-year-old Black man in his last year of studies at Howard University. He needed just a few more credits to finish his degree. He planned to join the Navy after graduation and then become a doctor or a diplomat. Prince worked as a personal fitness trainer at a health club in Hyattsville, Maryland, where he lived. Friends describe him as very religious, someone who "wouldn't even curse." He had no police record.

According to authorities, in the early hours of Sept. 1, 2000, two undercover Prince George's County police officers driving separate unmarked vehicles followed Prince Jones in his black 1998 Jeep Cherokee for about 16 miles from Hyattsville, Md., through the District and into Virginia, where Prince Jones was going to see his fiancee, the mother of his then-10-month-old daughter. The officers were looking for a similar Jeep that was tied to a stolen police weapon.

One of the undercover cops, Cpl. Carlton B. Jones, followed Prince Jones to Spring Terrace, a residential street in the Sleepy Hollow section of Falls Church. There, Prince Jones got out of his Jeep and approached him. Carlton Jones identified himself as a police officer and flashed his gun, but no badge. Prince Jones got back into his Jeep and rammed it into Carlton Jones' Mitsubishi Montero. Carlton Jones then shot at Prince Jones 16 times. With six bullets in his body—five in his back—Prince Jones managed to drive off a short distance before crashing into some shrubs and a parked car a few feet from his fiancee's home. He died later at Inova Fairfax Hospital.

Just before 3:00 a.m. people living near the intersection of Beechwood Lane and Spring Terrace were startled out of their sleep as the 16 shots pierced the quiet suburban night. Some residents heard screeching tires. One said he heard five shots, a brief pause and about 10 more shots. One bullet tore through his lung and another punctured his liver. Candace Jackson was one of the people awakened by the noise-she came outside to find Prince bleeding to death.

A Prince George's County undercover narcotics police corporal who followed an unarmed college student to Fairfax County and fatally shot him more than five years ago was held responsible for his wrongful death yesterday by a civil jury that awarded $3.7 million in damages to the victim's daughter and parents.

The 7-year-old daughter of an unarmed man fatally shot in the back by an undercover Prince George's County police detective will receive more than $4.6 million over the next 33 years from the county under a settlement approved yesterday by a judge.