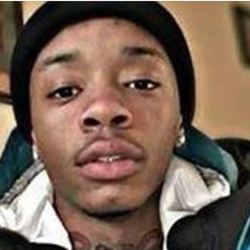 16-year-old Pierre Loury, a high school junior, was shot on the night of April 11, 2016 on the city's west side, several blocks from his home. Police say officers were on routine patrol around 7:40 p.m. when they saw a car matching the description of a vehicle involved in an earlier shooting. When officers tried to stop it, police say, a young man ran out of the car and an officer chased him.

According to police, during the pursuit, an officer shot Pierre amid an 'armed confrontation'. Loury was taken to Mount Sinai Hospital, where he was pronounced dead less than an hour later, CBS Chicago reports.

Police said a gun was recovered at the scene, but Loury's mother disputed that.  On April 25, 2016, the Independent Police Review Authority investigating the shooting indicated that they would give Loury's mother the opportunity to view surveillance footage of her son's killing.

Witnesses said the boy was shot while he was jumping over a fence, reports the station. The officer was not wearing a body camera.