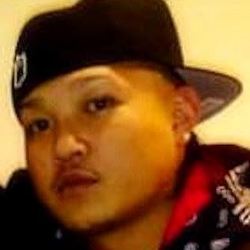 St. Paul police fatally shot a man Thursday night at a home in the Dayton's Bluff neighborhood after he fired a gun at the mother of his children, with five of them nearby, police said.

The shooting took place about 6 p.m. on Euclid Street, near the home in the 400 block of Earl Street where the initial confrontation occurred, according to Sgt. Mike Ernster. The area is north of Interstate 94 and west of Johnson Parkway.

Late into the night, investigators from the state Bureau of Criminal Apprehension, which handles all police shootings, worked at the scene along Euclid, where the man's body lay shielded by a white tent. Ernster said that several of the officers involved in the shooting were wearing activated body cameras that will be examined by investigators.

The woman called 911 after fleeing the house to say that the man had shot twice at her inside the home, Ernster said. According to police scanner reports, the caller told police that the man had been drinking and using drugs.

As the suspect fled the house, police pursued him and a confrontation occurred during which shots were fired and the suspect was struck. Paramedics tried to revive the man, but he died at the scene, Ernster said.