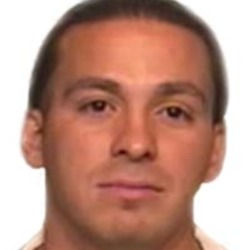 35-year-old Phillip Munoz was killed after cops tried to arrest him on an outstanding assault warrant. They attempted to stop him near the intersection of West 26th Avenue and Newton Street, but Munoz — clad in a Denver sheriff's department T-shirt, for reasons that have not yet been discovered — drove away. His attempt to maneuver between a couple of homes near West 25th Avenue and Meade Street was short-circuited by the presence of a gas meter, which exploded when it was struck by Munoz's car. At that point, Munoz is said to have abandoned the car and started to run. Shots were exchanged and Munoz was killed.