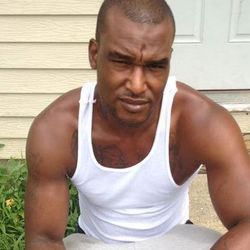 Responding to a call of a man acting erratically, police handcuffed and restrained the 32-year-old White. According to investigators, White became unresponsive and received CPR in an ambulance on the way to the hospital, where he eventually died. Police called it an "in-custody non-shooting death," but witnesses on the scene said the officers beat White and that a police dog bit him in the face. An investigation by the Cumberland County prosecutor's office is ongoing. The officers in the case, Louis Platania and Rich Janasiak, are both on administrative leave, according to news reports.

On June 17,  2016, it was announced that a Cumberland County grand jury voted not to file criminal charges against two Vineland police officers involved in the killing of Phillip White who died after being taken into custody.

The grand jury reached its decision on June 8 after considering testimony and evidence presented by the Prosecutor's Office, First Assistant Prosecutor Harold Shapiro stated in a news release. The lengthy announcement includes a summary of what police and witnesses saw and heard, and labels White's death an accident.