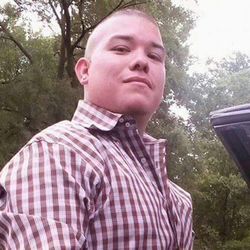 A veteran police officer assigned to the downtown bike patrol unit fatally shot Philip Vallejowith a handgun early Friday, July 31, 2015, Fort Worth police said. According to police, the encounter occurred about 1:30 a.m. after police on routine patrol saw several people involved in an altercation at West Fifth and Houston streets outside the Ojos Locos Sports Cantina. As officers approached, they noticed one of the men was armed with a handgun. They identified themselves as police and ordered the man to drop the weapon, said Sgt. Steven Enright, a police spokesman. “He ordered him to drop the weapon several times,” Enright said. The suspect “then turned and faced the officer as if to confront him with the weapon.” Believing the man was about to shoot, the officer fired his duty weapon, striking the man at least one time. Vallejo was pronounced dead at a local hospital. Enright said that while there is no body camera video, other area cameras may have captured the entire incident.

Vallejo's wife, who was also present dsiputes the officers' account, believing that her husband was unarmed with his hands up when he was shot.

But attorney David Cantu of Fort Worth said three to four witnesses who reached out to him directly told him Vallejo had his back to the bicycle officer when he was shot.