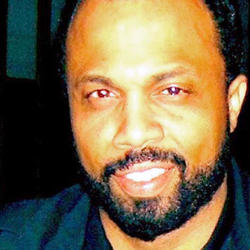 Coleman's father, in a lengthy interview Monday evening, said that trying to find out what happened to his son while he was in custody had been a painful process. A career law enforcement officer in the south suburbs, Percy Coleman said his bright, talented son deserved to be taken care of better by police, even after his son assaulted his mother in what appeared to be a significant mental health crisis.

"That was just not Philip," his father said. "He wasn't in his right mind or body."

Coleman's mother had called police on her son because, Percy Coleman said, she trusted them to do the right thing.

"She didn't call Chicago police to kill her son," Coleman said. "She called them for some help."

Percy Coleman said he overheard an officer brush off pleas from the family to take his son to a hospital for treatment.

"We don't do hospitals, we do jail," Coleman recalled the officer saying.

Several hours after his arrest, Coleman was Tasered by police inside a cell when he stood up as asked, Fox said, then he was placed in a chokehold, rendering him unconscious. The video that was released shows the officer Tasering Coleman, placing him in a chokehold, and dragging Coleman's limp body out of the cell by his wrists.

"When he's unconscious, he's pulled out, dragged out like a rag doll," Fox said.

Coleman was taken to Roseland Hospital, where he was given a sedative. He died from an allergic reaction to the drug, according to the autopsy. Fox argues Coleman was susceptible to Neuroleptic syndrome because he was Tasered "up to 15 times."

"In the coroner's report are 51 external injuries, 19 internal injuries. All occurred prior to the drug being administered," Bishop Grant Tavis said.

"They set up the perfect storm to cause his death," Fox said. "This was not an accidental death."

The elder Coleman also said police broke "every rule in the book" and that someone should be held responsible for the death.

"Somebody in the city needs to be responsible for killing my son. And the Chicago Police are at the head of the table," he said. "I invite the federal investigation to take a deep look at this because somebody should be charged.

A federal judge ruled Monday that a Chicago police employee used "brute force" when he dragged a handcuffed suspect out of his cell and down a police station hallway in a 2012 encounter that was captured on video and stirred protests last week over police brutality.

U.S. District Judge Matthew Kennelly also found that the employee's supervisor failed to stop the abuse of Philip Coleman and that no evidence existed that police gave Coleman the chance to leave his lockup cell on his own after he was repeatedly shocked with a Taser.