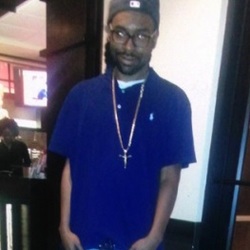 People tracking this case: 7 -- Click here to Track this.

31-year-old Philando Castile was shot and killed by police during a traffic stop Wednesday night, July 6, 2016 in Falcon Heights.

Authorities say St. Anthony Police were conducting a traffic stop when an officer fired at least one shot at Philando Castile in the car. He was taken to Hennepin County Medical Center for treatment, where he later died, family members confirmed.

Clarence Castile, Philando’s uncle, said his nephew had worked in the J.J. Hill school cafeteria for 12 to 15 years, “cooking for the little kids,” according to the Minneapolis Star Tribune.

Castile's uncle told KARE he was an "upstanding man."

Police say a woman and child were in the vehicle and witnessed the shooting. They were unharmed.

A nine-minute Facebook Live video embedded below, recorded by a woman who said she's Castile's girlfriend, apparently shows the aftermath of the shooting. In the video, the woman says police shot her boyfriend after he reached for his ID, which was in his wallet. She says her boyfriend, who was allegedly stopped for a broken taillight, told police the ID was in his wallet and that he was carrying a firearm, which he was licensed to do.

"Police shot him for no apparent reason," she said in the video, "no reason at all.”

Toward the end of the video, the woman and her daughter are sitting in the back of the patrol car. The woman screams. Her daughter says, "It's OK. I'm here with you."

At one point, the girlfriend is ordered to leave the vehicle with her hands up. She obeys police orders and is told to walk backwards toward police, as they are seen with guns drawn. She's ordered to her knees and is eventually handcuffed and taken into custody. In the video, she asks why she's being arrested and an officer responds that she's just being detained "until we can sort this all out."

According to the report, Castile's most recent conviction came earlier this year in January after he was accused twice of leaving his vehicle abandoned on 'public/private property without consent'. It was alleged he had left the vehicle for more than 48 hours. He was convicted of two 'petty misdemeanors' on January 11 and one on January 8. Days earlier on January 5 he was slapped with another parking charge and convicted for breaching 'snow emergency parking restrictions'.

Castile had no criminal record whatsoever beyond the traffic offenses.

Minnesota Gov. Mark Dayton said on July 7, 2016, that he had asked the White House to compel the U.S. Department of Justice to begin an independent federal investigation into the death of Castile, who would have turned 33 on Friday.

He added that the Minnesota Bureau of Criminal Apprehension had already begun "collecting all necessary evidence, and interviewing witnesses, to determine what happened, and to assure that justice in this case is served."

The Justice Department said Thursday that it was aware of the incident and was "assessing the situation."

July 2016 Lawyer for Officer not concerned about charges

July 2016 Judge Glenda Hatchett announces she will be the Legal Representative for the Philando Castile family.

September 2016 ACLU to sue for release of squad car video

September 2016 The Minnesota Bureau of Criminal Apprehension (BCA) has completed its investigation into the officer-involved death of Philando Castile.

It is now up to the Ramsey County Attorney's Office to decide whether charges should be filed in the case.

In November 2016, the Minnesota police officer who fatally shot Philando Castile during a traffic stop was charged with second-degree manslaughter and two felony counts of dangerous discharge of a firearm.

June 2017 Cop in Philando Castile Shooting Death Goes With Same Old Defense: ‘I Thought I Was Going To Die’

Protestors are at the Governor's Mansion following Philando Castile's death

July 2016 ACLU says to KnowYourRights if going to protest

“I’m going to stop a car,” the officer says on the recording. “I’m going to check IDs. I have reason to pull it over.”

“The two occupants just look like people that were involved in a robbery,” the officer says. “The driver looks more like one of our suspects, just ‘cause of the wide set nose,” the officer continues.

A minute and a half later, the recording captures the first report that there was a shooting

August 2016 Celebrities have a responsibility to condemn Police brutality

November 2016 Unicorn Riot with family and friends reaction to Yanez being indicted for manslaughter. A rare event in Minneapolis and St Paul.

June 2017 Remembering where they come from

June 2017 Some gun owners are disturbed by the Philando Castile verdict. The NRA is silent. The NRA put out a statement last year saying they would have plenty to say when the investigation is concluded.