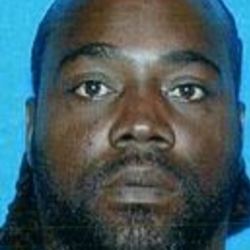 Paul Ray Kemp Jr., a 40-year-old black man, was shot and killed by an Inglewood Police officer in the 3800 block of West 113th Street in Inglewood, according to Los Angeles County coroner’s records.

About 2:53 a.m., police received a call of “unknown trouble” in the area and arrived to find Kemp in a fight with another man, according to a coroner’s report. Police asked the men to stop fighting, and Kemp ran east on West 113th Street.

An Inglewood police sergeant ran after Kemp and into a frontyard where a fight ensued.The sergeant then pulled out his gun and fired at Kemp, who collapsed, according to the narrative in the report.

Paul Kemp, 40, of Gardena, was killed about 3 a.m. last June 27 near the intersection of 113th Street and Doty Avenue. The suit states he was “shot and/or tasered” by police and struck at least six times. He was hit “several times in the back,” according to the lawsuit.

The shooting was unprovoked because Paul Kemp was unarmed and not a threat to the officers, the suit states.

The suit further alleges the officers “violated decedent’s civil rights and subjected him to physical violence… because of harbored racial prejudice against decedent because he was African-American.”

The officers involved in the incident were not properly trained and were “prone to fire their firearms without reasonable justification,” the suit says.