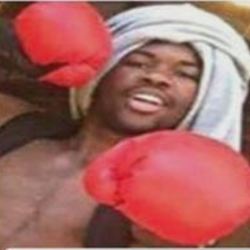 The Chicago Police Department has relieved two officers of their police powers following an internal review of the fatal shooting of a car-theft suspect Thursday night.

Supt. Eddie Johnson, through a spokesperson, says it appears three officers fired their weapons during an encounter at 73rd and Merrill with an 18-year-old suspect around 7:30 p.m.

“Given what is known thus far, it appears that departmental policies may have been violated by at least 2 of the police officers,” Chicago police spokesperson Anthony Guglielmi said in a statement issued Friday.

The two officers will be assigned to administrative positions, pending the outcome of an internal review, as well as a review by the Independent Police Review Authority, he said.

The suspect who died was identified Friday as Paul O’Neal. He allegedly tried to flee police in a stolen Jaguar and damaged a police vehicle and a parked civilian vehicle in the process.

On August 5, police released bodycam video of the pursuit and shooting embedded below.

On Friday January 19, 2018, the Cook County state's attorney's office announced that no criminal charges would be filed against the three Chicago police officers accused in the controversial 2016 fatal shooting of 18-year-old Paul O'Neal.