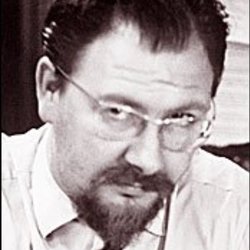 Paul Guihard, a reporter for a French news service, was killed by gunfire from a white mob during protests over the admission of James Meredith to the University of Mississippi.

A French journalist covering the Civil Rights Movement, was killed in rioting at Oxford Campus, University of Mississippi after James Meredith attempted to enroll at the all-white school. He was shot in the back at almost point-blank range by an unknown assailant. Guihard's case was closed without success and never reinvestigated.

Shortly before his death, Guihard wrote of the carnival atmosphere among white Mississippians protesting Meredith's enrollment. "People are not at all aware of the enormity of their gesture, of its repercussions and of the interest it is creating all over the world," Guihard wrote. The University of Mississippi is now constructing a memorial to recognise Guihard.

Bullet Holes at the Lyceum

If you’ve ever been on the Ole Miss campus, you’ve probably noticed the beautiful Greek Revival style building called the Lyceum. But have you ever spotted the bullet holes above the door? These bullet holes are remnants of a battle that broke out over the enrollment of James Meredith, the first African American to attend the University of Mississippi. On the night of September 30, 1962, violent confrontation erupted between nearly 2,000 protesters and about 500 federal troops sent by President Kennedy to enforce the Supreme Court’s ruling to enroll Meredith. Some historians say the integration of Ole Miss was the last battle of the Civil War.

Bob Dylan sang about the incident in his song “Oxford Town”. Meredith’s actions are regarded as a pivotal moment in the history of civil rights in the United States. He graduated on August 18, 1963 with a degree in political science.