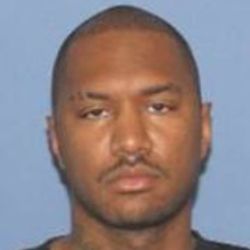 Paul Gaston, 37, was shot nine times Wednesday afternoon in the city of Cheviot after reaching toward his waistband for a pellet gun which the officers believed was real, Cincinnati police Chief Eliot Isaac said Thursday, February 18, 2016. The shooting occurred just hours after area police spared a white man who aimed a fake gun at them. In open carry Ohio Gaston's gun is legal.

This drama followed a serious vehicle accident shortly before and Paul Gaston may have been suffering from concussion and other injuries caused by the traffic accident. Witnesses took two cell phone videos.

According to Isaac, officers opened fire on Gaston after he refused to lie down on the ground and rose instead. Police have released two videos of the shooting taken by eyewitnesses. One video is embedded below while a second is available here

The officers who fired on Gaston have been identified by Isaac as Zachary Sterbling, Eric Kohler and Scott McManis.

Each are on paid administrative leave during the investigation.

Local sources have confirmed that the BB-gun was not in Gaston’s hand when he was shot. The police narrative is nevertheless claiming that the officers “feared for their lives.”

“Anonymous hackers released the personal information of 52 Cincinnati police officers as retaliation for the Paul Gaston fatal police shooting earlier this month. The “hacktivist” group deemed the shooting of a black man with an airsoft toy gun was murder. The hackers said that Paul Gaston never pointed the toy gun at police, but a white man with a similar replica gun did just that a day earlier, and lived. There was another contrast a short time later.

The Anonymous Anon Verdict hackers posted the Cincinnati Police Department video to YouTube on Sunday. The personal information of the 52 Cincinnati police officers included details about everyone from entry-level patrolmen up to Police Chief Eliot Isaac.”

The family is still waiting for answers. "He had too much to live for. He just bought a house last year."

Black Live Matter Cincinnati claims that “his murder is testament to the double standard that black men face when dealing with police in the US.” The group references an event in Mt. Healthy days prior, in which a white man pointed a fake gun at officers, but was taken into custody.

Black Lives Matter Cincinnati demanded that the officers involved in the shooting death of Gaston be fired and indicted for murder.