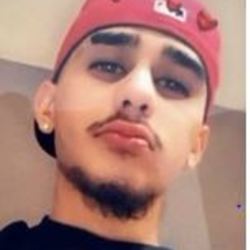 His sister told Eyewitness News that there was no scuffle, and the deputies were "trigger happy."

"He didn't deserve this at all. And his mom and his sisters and all our cousins and friends are hurting," she said.

The driver of the vehicle involved was apprehended.

A witness said he was walking in the area just minutes before the shooting.

"We turned the corner on Gerhart Avenue and we see a cop car - a sheriff's patrol - doing I guess a routine traffic stop, and about five or six seconds after I turned the corner, rapid bursts, three to seven shots," Kevin Saenz said. "Thought it was fireworks at first, but I mean seeing the cop car and putting two and two together, it wasn't fireworks."

Saenz added that he did not hear any discussion or confrontation before the gunshots.

No deputies were injured in the shooting, which remains under investigation.