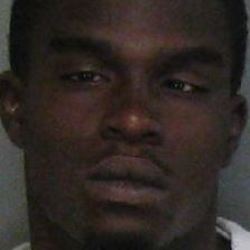 A man was shot and killed by a Florence City police officer Monday night, allegedly after a gas station robbery on Palmetto Street.

The police office then shot the suspect at least one time, Heidler said. Tuesday morning, Florence County Coroner Keith von Lutcken, reported the suspect died. He is identified as 27-year old Patrick Small of Florence. An autopsy is scheduled at MUSC.

The case is now under investigation by the State Law Enforcement Division.