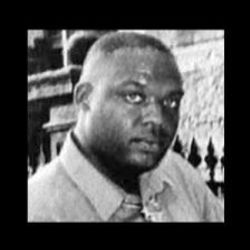 Less than one month after the acquittal of four New York City police officers in the fatal shooting of Amadou Diallo, new acts of murderous violence by the city's police force have made it clear that the fusillade that felled the West African immigrant in the Bronx was no aberration.

Patrick Dorismond, a 26-year-old security guard, was shot to death March 15 in a confrontation with plainclothes police involved in a controversial anti-drug crackdown that has netted more than 18,000 arrests and cost the police department more than $24 million in overtime over the last two months.

As in the case of Diallo, there is no clear evidence that Dorismond ever knew that the man who pulled a gun on him and fired a single bullet into his chest was a police officer.

If the acquittal of the four cops in the Diallo case signaled that police in the city have a license to kill, New York's Mayor Rudy Giuliani has sought to make the Dorismond shooting into an argument that such police murders of unarmed and innocent people represent a positive, and even heroic, act in defense of the city's security.

Dorismond, a father of two young girls who had himself hoped to become a cop, was confronted by an undercover officer outside a bar where he had gone with a friend after a 3-11 p.m. shift as a guard for a Business Improvement District (BID) that operates in the westside Manhattan area of Pennsylvania Station and Madison Square Garden. The two stopped at a bar for a beer before seeking to hail a cab to go home.