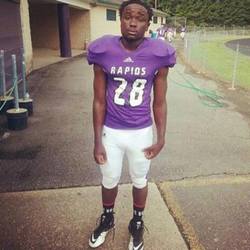 Chesterfield County police said 18-year-old Paterson Brown Jr. was fatally shot Saturday, October 17, 2015 by an off-duty officer who was having his car washed. Police say Brown was unarmed when he was killed. The officer hasn't been identified. Police say Brown got into the officer's vehicle and drove it out of the washing stall. They say the officer approached Brown and told him to leave his vehicle. Surveillance video shows the officer physically struggled with Brown.

On February 2, 2016, Officer David Cobb was indicted for second-degree murder in this case.