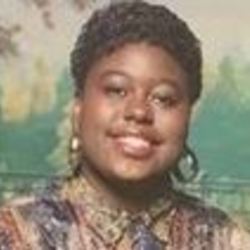 A Baytown police officer shot and killed a woman who authorities say struck him with his own Taser when he tried to arrest her on outstanding warrants.

Turner was facing charges for allegedly assaulting the apartment manager after she had posted an eviction notice on Turner's door April 24, court records show. That same day, the manager tried to get her to leave the apartment when Turner allegedly grabbed the manager's face, scratching her nose and throwing her eyeglasses to the ground, court documents detail.

The woman was struck at least once and died at the scene.

"It's a tragic event for everybody involved," Dorris said. "Of course, our hearts go out to the families of the deceased, as well as our officer."

Dorris said the investigation was still in its early stages overnight. Investigators didn't know where the officer first approached the woman, he said.

The officer did not have to be taken to a hospital, he said.

By Tuesday morning, only orange paint on the grass, left by investigators to mark the scene, indicated what happened the night before.

Neighbor Teryn Burns said she'd been talking with the woman close to an hour before the shooting. She'd found a pair of children's shoes and was hoping to return them to their rightful owner.

"We talk to her every day," Burns said. "She's always out walking her dog. She brings little gifts here and there to the kiddos."

Other residents in the complex said they were familiar with the woman, and that she frequently walked her dog and picked up trash in the area.

"That could have been one of our grandmas," resident Johnathan Little said. "I feel like everything went wrong."

Another neighbor, Peter Donaie, said he heard the five gunshots go off "like a firecracker."

"This is just giving me more reason not to trust them (the police)," he said.

In September 2020, Baytown officer Juan Delacruz was indicted on charges of aggravated assault more than a year after fatally shooting Turner.